The Old West is Alive and Well in Park County, Colorado

Park County is a place where the past is always present. Visitors see it in crumbling barns and feel it along winding dirt roads that lead into forested hillsides and by abandoned homesteads. And it’s evident, by the fields of painted ponies and cows dotting the landscape, that a old-fashioned way of life still transpires here.

In no place is the past more alive in Park County than at the South Park City Museum in Fairplay. Fairplay is the most populous town in the county with a population of 672 in 2013. The 144-year-old town was founded by settlers during the placer mining boom.

It’s the perfect place for the South Park City Museum, a representation of a thriving mining town between 1860 and 1900. The 40 buildings onsite are not replicas; seven are original to the site and the rest were moved from abandoned ghost camps and towns around the 900-square-mile basin referred to as the South Park region of Colorado.

This living museum was the brainchild of Leon H. Snyder, a Colorado Springs attorney who enjoyed fishing in South Park during the fifties. He began to worry about the deterioration and vandalism of historic buildings around the area, and with the help of Everett Bair, the unofficial South Park historian, South Park City was born in 1959. Flyfishing in Park County, one of the bucket list things to do

I’ve visited the South Park City Museum a number of times and on each visit I’m struck by something different. I may notice an artifact that I hadn’t noticed previously—there are more than 60,000 artifacts housed in the museum’s buildings—or I may run into a knowledgeable volunteer and learn a new story.

As I ramble through this town, feeling the wooden sidewalk planks move slightly beneath my feet, I feel a tangible connection to another place and time. It’s a feeling I cannot attain by reading a history book or looking at a relic in a display case.

My teeth hurt as I tiptoe through the dentist’s office with it’s display of horrific dental instruments and as I walk into the livery I can almost hear the snickering of horses and smell their warm, musty scent. Museums like South Park City represent an exceptional and rare way to experience the past. On my second trip to this unique destination, took my husband along and we were amused to discover that we both could have found work in the fictional town of South Park City. As a woodworker he would have worked at the town’s carpenter shop and I, as a writer, would have found employment at the South Park Sentinel. See an entire list of museum buildings here.

South Park City is a place where history doesn’t feel very far away. It’s an eye-opening look at how far we’ve come and how much we stayed the same. 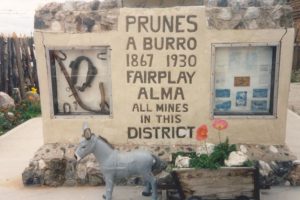 Prunes the Burro of Fairplay, Colorado

If you ever stop to walk through Colorado’s South Park,[...] 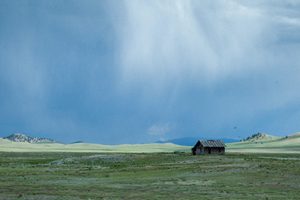 Where Have All The Ghost Towns Gone? by Christie Wright

Colorado ghost towns hold endless fascination for both residents and[...]

Your email is safe with us.